10 Best Things to Do in Bay St. Louis/Waveland, Mississippi By KATHLEEN WALLS 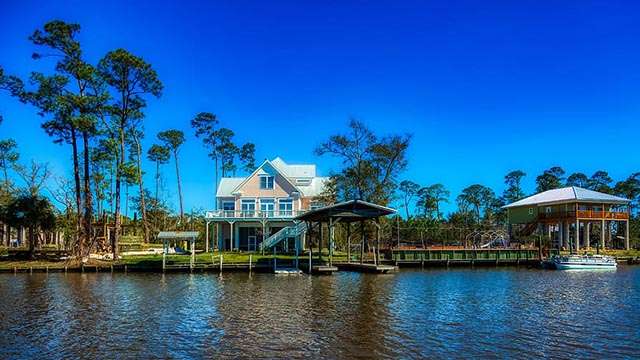 The Bay St. Louis/Waveland area of Mississippi is often overlooked by vacationers. That’s a big mistake for travelers looking for an exciting vacation spot or a relaxing weekend getaway.

The Bay Area of Mississippi is next to the southwest Louisiana border and about an hours’ drive from New Orleans. It has unique attractions and an interesting history, not to mention casinos, independent restaurants, and lodgings ranging from upscale hotels to attractive bed and breakfasts.

Nearby Waveland is known as The Hospitality City. It’s the only community along the Gulf Coast which prohibits commercial buildings on the beachfront.

Start your exploration at the Visitor Center, housed in a former L&N Depot. There’s lots of information about the area and a beautiful Mardi Gras Museum. Bay St. Louis has two Mardi Gras krewes that parade on Fat Tuesday; the museum showcases the costumes, designed by Carter Church, of these krewes.

A short distance from the Visitor Center is another Bay site that featured in This Property is Condemned: Starr Boarding House. Although it is now a theater, it still has a Starr Boarding House sign. It was built around 1920 and was originally a grocery store owned by Andreas Scafide. The family lived above the store on the second floor.

The property was abandoned when Hollywood arrived and transformed Bay St. Louis into Dodson, Mississippi, the fictional location of the Tennessee William play. Starr Boarding House was where Robert Redford stared out of the second-floor window down at Natalie Wood, who was seated on a bench out front. Today, a life-sized cutout of Robert Redford is in the window.

The Infinity Science Center is where science meets fun. It’s located in Pearlington, Mississippi just a few miles from the Louisiana state line.

The first floor is all about how weather systems form. There are interactive exhibits, including one where you can play with the forces of a hurricane.

The second floor is focused on space exploration and the NASA space program. There’s information about past and ongoing flights and exhibits with small parts of early rockets and an actual booster used to propel a rocket into space. Another exhibit displays a capsule that has been into space and returned to earth. You can see where the surface paint was burned off in the high temperatures on its return into the atmosphere. 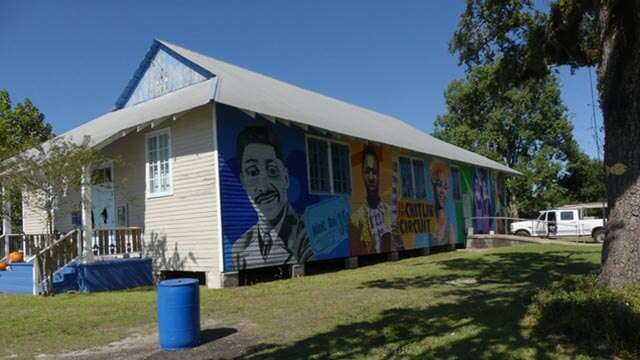 In the days of segregation, black musicians were limited in where they could perform.

In 1894 12 African American men founded the Hundred Members Debating Benevolent Association. Its purpose was to “assist its members when sick, bury its dead in a respectable manner, and knit friendship.” The members pledged anywhere from 25 to 50 cents per month as an insurance policy for the group.

The association bought land for $100 and built an outdoor pavilion to host events. They built 100 Men Hall in 1922, and it became a popular venue for musicians on the Chitlin’ Circuit, places that African American musicians played in the South. Many of music’s all-time greats like B.B. King, Ray Charles, Muddy Waters, Chuck Berry, Professor Longhair, Etta James, Ernie Kaydo, and James Brown played here. It has been named a stop on the Mississippi Blues Trail.

The hall’s proximity to the L&N Railway Depot made it a popular stop during the early 1900s. A musician could perform at the hall, walk to the depot, and then catch a train to their next venue.

Current owner, Rachel Dangermond, is expanding the hall to accommodate cultural events of every ethnicity. She is adding writer workshops and retreats and is restoring a shed on the property as an artist studio.

This little church was built in 1926 for a Roman Catholic congregation of 350 African Americans. It’s most famous for the mural Christ in the Oak behind the altar. The mural was painted by an Armenian artist, Auseklis Ozols, who founded the New Orleans Academy of Fine Art. The mural represents both the crucifixion and the resurrection.

The altar is also unique; it was made from a large stump found nearby. Woodwork artist Ellsworth Collins created it.

The church is still in use for services and welcomes all.

Waveland Elementary School was the only historic building left in Waveland after Hurricane Katrina tore through. Since every other municipal building was destroyed, it functioned as police headquarters, meeting room, and city hall after the storm. The Ground Zero Museum is housed in the historic school building and tells the story an entire city destroyed by one storm.

Waveland was the epicenter of Hurricane Katrina; the storm flattened and destroyed most of the city and the surrounding area. The museum shows the almost miraculous comeback.

A blue line near the ceiling shows the timeline of the storm by marking the water level in the building over the course of the deluge.

The photos, artifacts, and survival stories show the resilience of Waveland’s people during one of the 20th century’s worst disasters.

As you drive along the bayfront, you will see wood carvings called Angels in the Bay. There are four of them. One stands in front of Bay Town Inn, another is in the Cedar Rest Cemetery on Second Street, a third is on Beach Boulevard in front of Our Lady of the Gulf Church, and a fourth is near Century Hall.

Dayle Lewis, a chainsaw sculptor, created the carvings from local trees that died after the storm. He started with the oak that saved the lives of a local innkeeper and friends. More about that one later.

8. The Shops of Century Hall 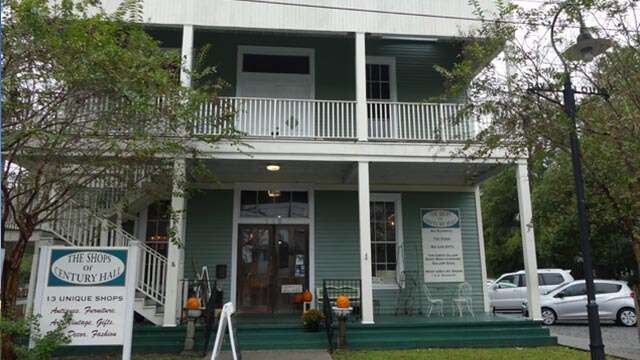 While traveling everyone shops to find souvenirs to remember their visit. Shop unique items and antiques in a delightful mall, The Shops of Century Hall.  There are dozens of vintage shops and boutiques in the Old Town area.

For nature lovers Buccaneer State Park is a must see. It’s the perfect setting for camping and enjoying the great outdoors.

Hurricane Katrina devastated the park, but it has since rebounded and grown. There’s a 4.5-acre waterpark, an 18-hole disc golf course, and a 1.8-mile nature trail open to visitors. The campground has 276 campsites for RVs and tents.

Over the years, the park has had some famous visitors. Legend says one was Jean Lafitte, the legendary buccaneer for whom the park is named.

As you drive towards the park, you will see a marker, “Pirate House.” What was once an elegant home is now an empty lot thanks to another hurricane, Camille. The home is believed to have once been Lafitte’s.

Andrew Jackson also visited the area and had a home nearby.

Next door to the antique mall is the Mockingbird Café, where we had a delicious breakfast. The lunch menu also looked good. There are many other owner-operated eateries located within three blocks of the café.

Cuz’s Old Town Oyster Bar and Grill is just off the beachfront and has a seaside vibe. Their soft shell crab is delicious. They have lots of other choices as well. 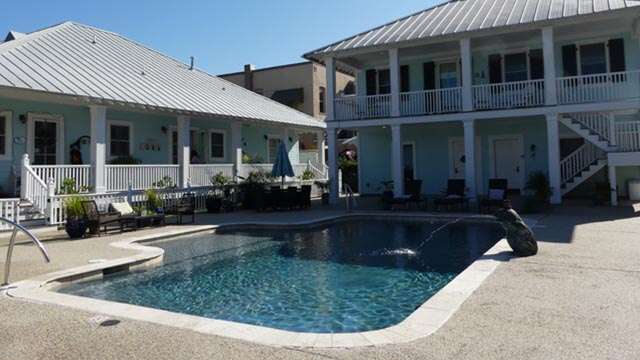 If you’re looking for a place to stay with all the comforts of home plus an interesting back story, try Bay Town Inn. The inn is across the street from the marina and beach, and it’s walking distance from restaurants and shopping. It has suites with complete kitchens and baths, plus free Wi-Fi and parking. The pool and patio are right outside your door. And it’s pet friendly.

Owner, Nikki Moon, makes sure you are never hungry. She brings freshly baked muffins each evening and breakfast in the morning.

When Hurricane Katrina struck, Nikki, her Scottish terrier, Maddy, and two friends, clung to the branches of an old oak tree in the backyard until the storm passed. Nikki survived, but the original inn building didn’t.

When the oak tree that saved her life died and had to be cut down, she wanted to honor its memory. She hired Dayle Lewis who created a beautiful carving of two angels, the first of the Angel Trees. Today, it is the one that stands across Beach Boulevard in front of the inn.

Bay Town Inn Bed & Breakfast is the perfect destination to walk to everything that makes Bay St Louis, Mississippi one of the coolest Coastal beach towns in the country!